Cinema in the Great Wide Open

Großer Ahornboden valley in Austria’s Karwendel mountains, just before sunrise. Slowly the camera pans from the mountain faces to the valley floor and over to the Bärenwand scarp surrounding the basin; the first peaks coloured in pink. Soon, the mighty ridge will light up in all the sun’s colours. What a scenic place. The valley floor with its centuries-old sycamore maples and picturesque chalets still lies in the shadow. Wind blustering through the leafy forest. Breeeeeathe.

Change of scene. Klaus Hens is sifting through a bunch of queries. The phone rings. “We are looking for a forest glade with a creek and high mountains in the background,” says someone from a Viennese film studio at the other end. “No more than an hour drive from Vienna.” When is the shoot supposed to take place? “If the weather allows it, the day after tomorrow.” High mountains, close to the capital? Not an easy task. Klaus Hens looks out the window, his eyes wandering over the green hills of the Wienerwald forest outside his window. He checks a map of hunting grounds nearby: Kierling, Klausen, Weidlingbach? Stadlhütte, Schöpflgitter or Hinterbrühl? He reaches for the phone, speaks to forest rangers and managers, the people who know “their” part of the forest inside out. After finding a location, it’s all in the details: Is the site on hunting grounds? Are there any restrictions by nature protection authorities? Is there a forest road? Can the film crew drive all the way to the site? Is any cutting of timber going on in the area?

Many things are to be considered, and without Klaus Hens giving the green light, there is no Camera, Action! 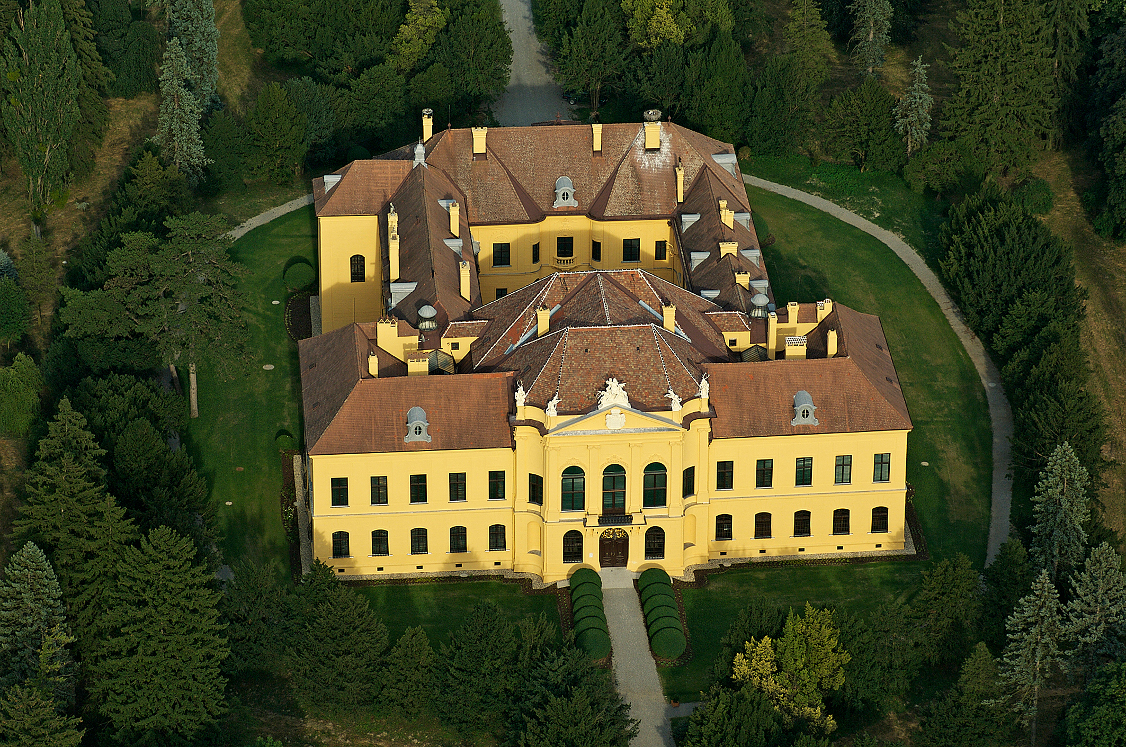 Klaus Hens of Austrian Federal Forests’ creative department deals with such queries on a daily basis. Austria has become a sought-after destination for film productions, says Hens, „We have film crews on our sites on 200 days per year.” Idyllic sceneries, especially in the country’s alpine regions, attract filmmakers from all over the world. “Most enquiries still come from within Austria and the other German-speaking countries, but we also get the occasional one from overseas,” says Hens. The 860,000 hectares of land managed by Austrian Federal Forests include just about every motif an outdoor film scout could possibly look for: Snow covered peaks and crystal clear lakes, murky valleys and green pastures, giant trees and ice caves, gloomy moors and roaring waterfalls, fairy tale forests and heavenly meads, historic hunting lodges and rustic woodcutter cabins. 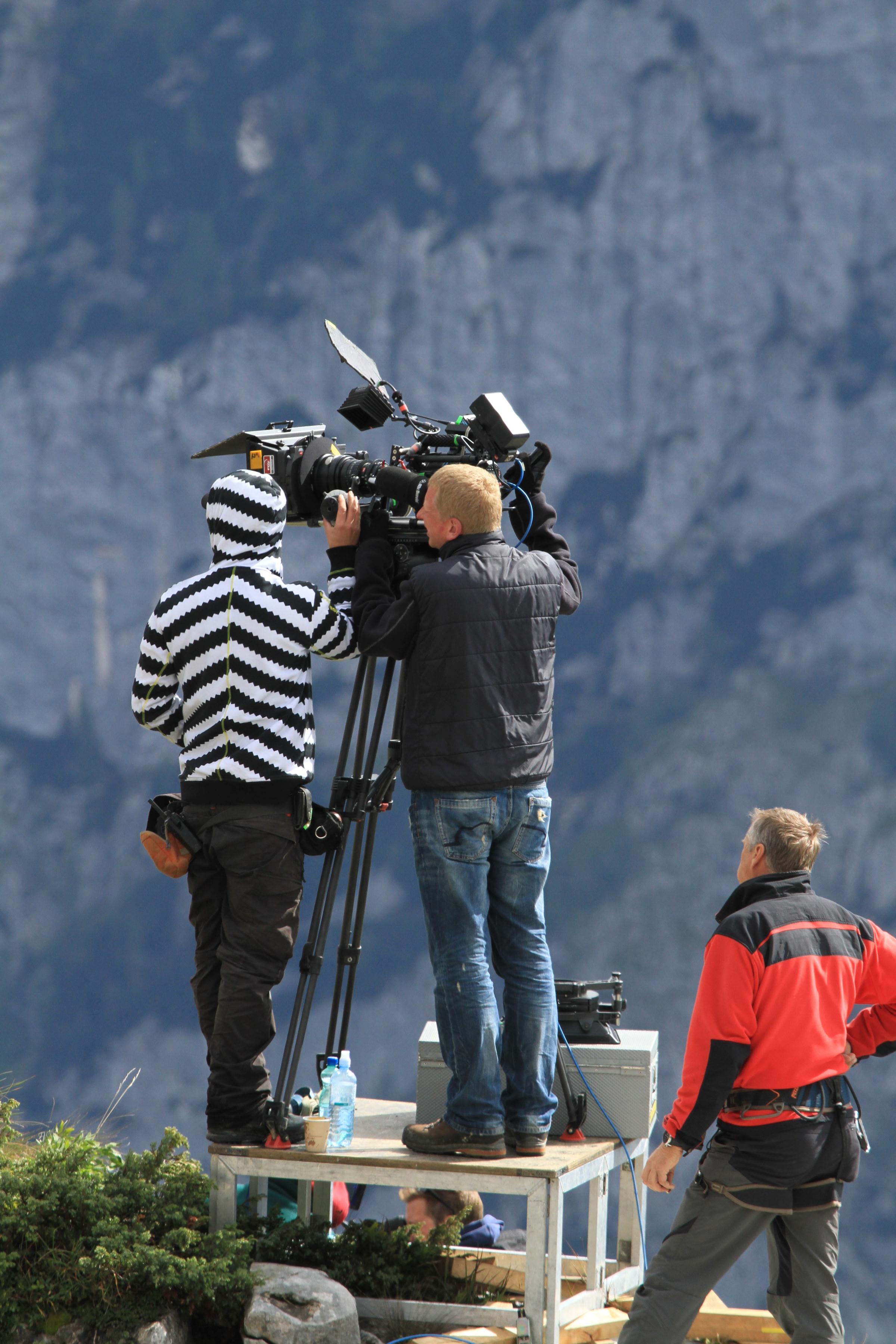 “The favourites are the glaciers in Hintertux and Stubai – there’s snow all year round – and the classic lake areas like the Salzkammergut around Lake Altaussee,” explains Hens, who sometimes even straps on his skis to scout locations. The search for a location is free of charge; only when a site is booked there is a licence fee of about €1,200 per day for feature films, commercials or entertainment shows, and about €650 for documentaries. Non-commercial events like the shooting of wedding pictures or field trips for schools or universities are free of charge as well.

“We are not always able to make everything happen, say a frozen lake or a snowy landscape in summer. But we had such requests,” says Hens and adds, “Because yes, generally more and more knowledge about nature and its ways and cycles is being lost. That’s one of the reasons we founded Wild.Media. We want to make film shoots more environmentally friendly and, at the same time, impart old knowledge to a new audience.”

There’s a mandatory eco check for all potential film sites. Eco-sensitive areas are not available for filming, and every shoot is supervised with regard to environmental protection. 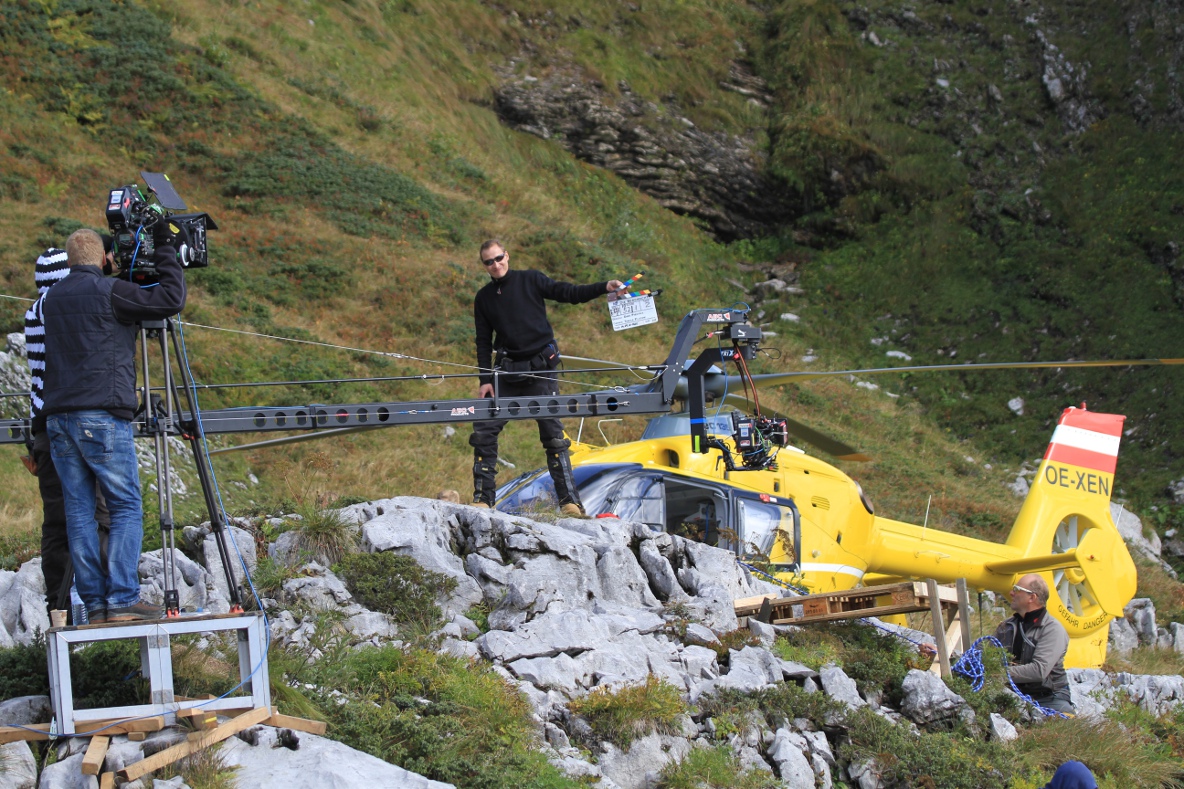 “We really respect and care about our nature. We don’t want filming to affect sensitive areas like marshlands or reedy lakeshores with spawning grounds, and we don’t want to bother our wildlife. Therefore, we do not allow any filming in the stags’ rutting season, when the birds are courting or during the fence seasons stipulated by Austrian law. Hatcheries, especially those of ground-breeding birds, are given a wide berth,” says Hens, not without a hint of pride. “It’s also this knowledge of our nature that sets us apart from other providers of such services.”

Although many requests are made on short notice, it can take quite a while to find the perfect location. “It took us two years of intensive searching to find the right place to shoot the screen adaptation of Die Wand, a classic of German literature, written by Marlen Haushofer and featuring Martina Gedeck in the lead role,” says Klaus Hens and adds, “We were looking for a place that looked exactly like the one described in the novel: an isolated hunting lodge in the mountains with all the details – from a well in front of the door to the old oven in the living room. We searched up and the down the country until we finally found the perfect site on our grounds on the foot of the Dachstein massif. Meadows, forests, glades, pastures and a lodge in the forest for the main character’s robinsonade – this was no easy task.” The lodge and its surroundings were just perfect – but leased with the hunting district around it. “It’s only thanks to the film’s director Julian Pölsler and his persistency and persuasiveness that the hunt’s tenant finally changed his mind and vacated the place for the shooting,” remembers Hens. 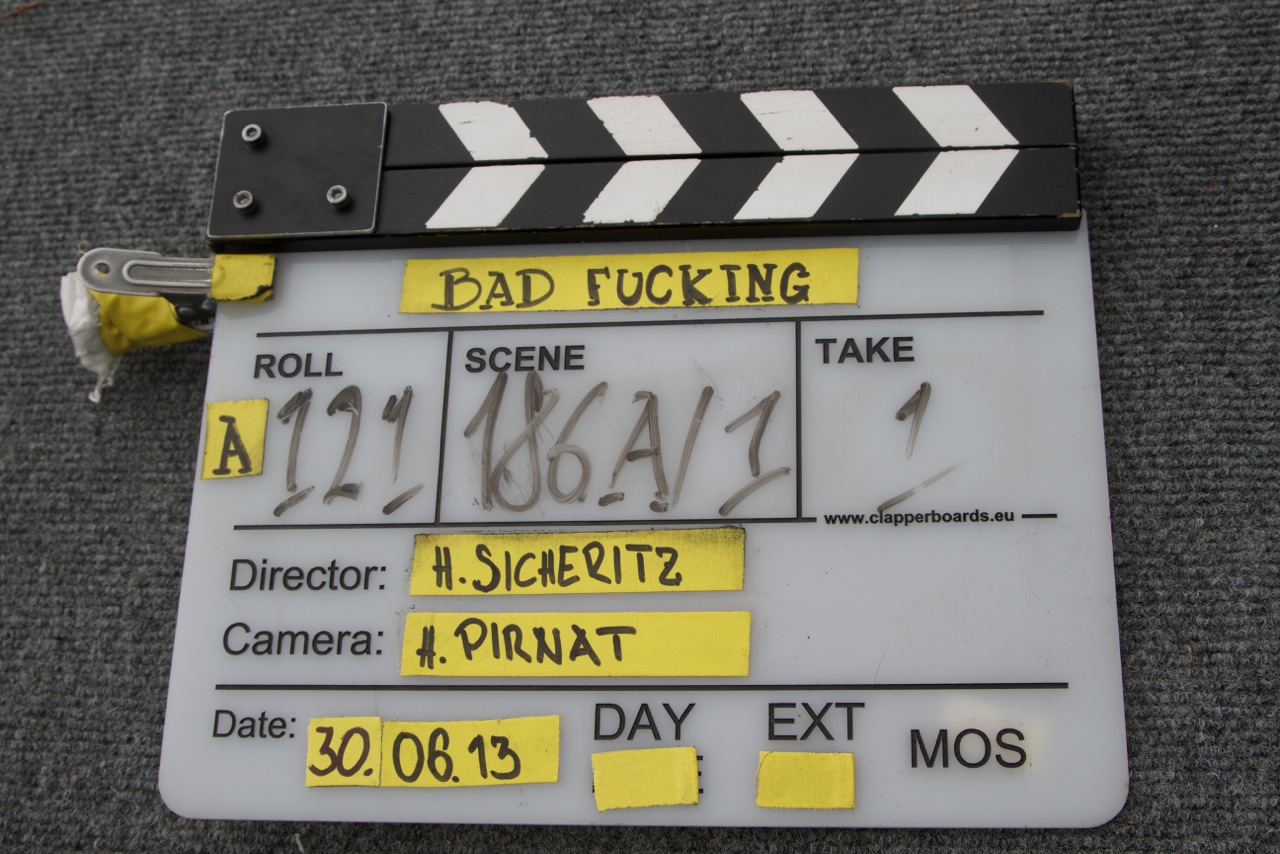 The actual shoot took about a year, with 50 days of filming divided up among the four seasons. The scenery is wild and beautiful and untouched, nestled into an alpine landscape in the Upper Austrian Salzkammergut region. The village of Gosau, located on the foot of the impressive Gosau mountain ridge, is surrounded by dark forests and steep, rocky slopes. “In the film Die Wand, nature is more than a background, she becomes an ‘actress’ in her own right, scintillating in a wordless, yet powerful visual supporting role,” Hens praises director Pölsler’s cinematic masterpiece.

Other films shot on grounds managed by the Austrian Federal Forests include Austrian cult movie “Bad Fucking” (the name of a fictional spa town, shot around lakes Hinterer Langbathsee and Wolfgangsee and in the Rettenbachtal valley of the idyllic Salzkammergut region) or German TV series “Die Bergretter” (formerly “Die Bergwacht”, mountain rescuers, shot on and around the mountains Stoderzinken near Gröbming, Totenstein near Forstau and Ewige Wand near Bad Goisern.)

And now Austria’s nature is also bound to become a major hit at international box offices. Only recently, filming crews came to the Ausseerland region to shoot for the latest instalment in the world famous Bond franchise. Their filming site? Seewiese at the foot of the impressive Trisselwand face on the shores of Lake Altaussee, right in the middle of the Austrian Forests Federation’s grounds in the region. The movie, featuring Austrian nature, is expected to hit theatres in November 2015. 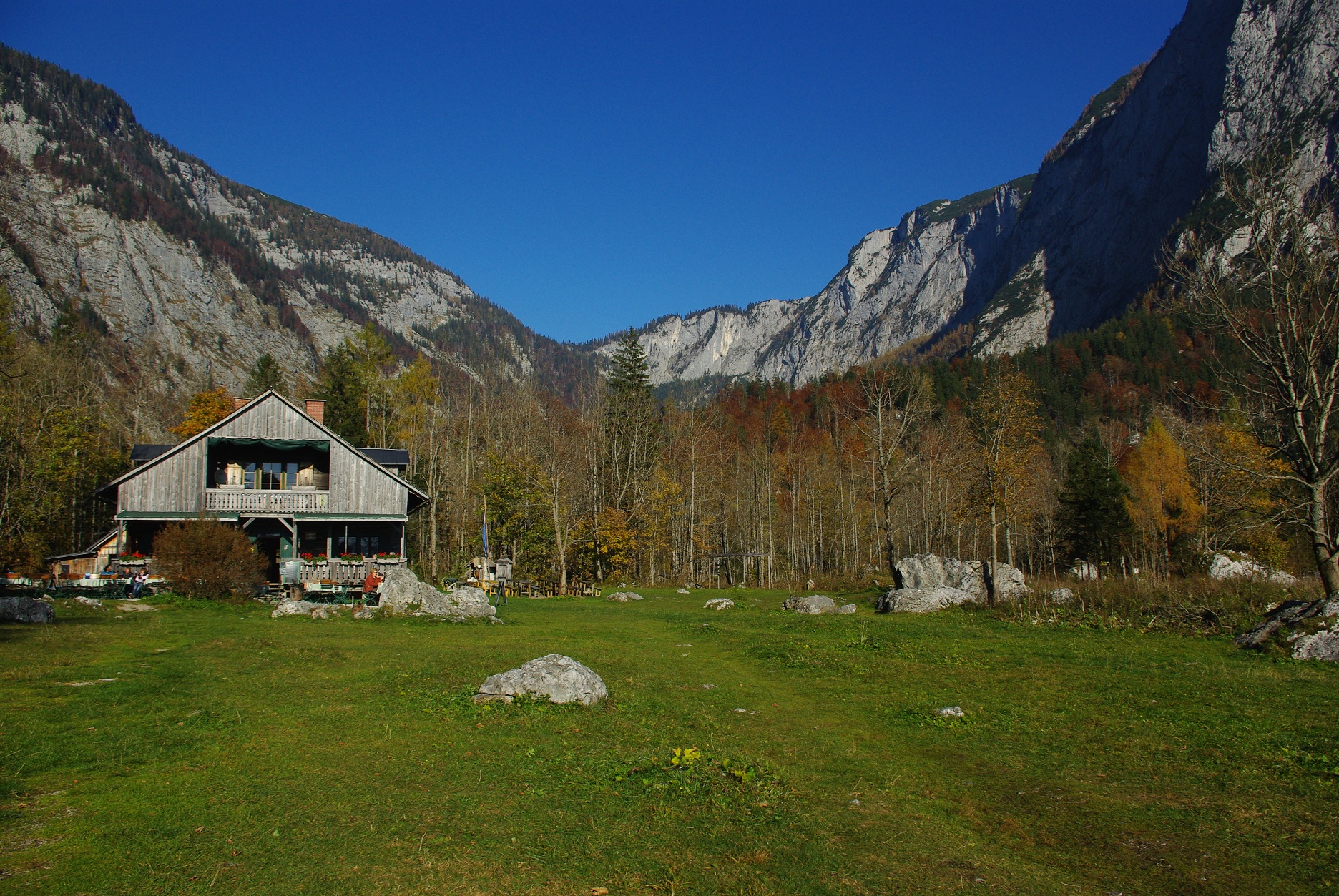 Seewiese on the shores of Lake Altaussee, to be featured in the latest James Bond movie, expected to hit theatres in November 2015. Credit: Thomas Kranabitl