THE POETRY OF EXPERIMENTAL DESIGN

THE POETRY OF EXPERIMENTAL DESIGN

Experimental, conceptual, contextual. That’s how Katharina Mischer and Thomas Traxler describe what they are doing in their studio in Vienna’s 15th district. Under the name mischer’traxler the two designers create objects, furniture, installations, processes, always combining craftsmanship with new technology. Many of their works revolve around one subject: nature. 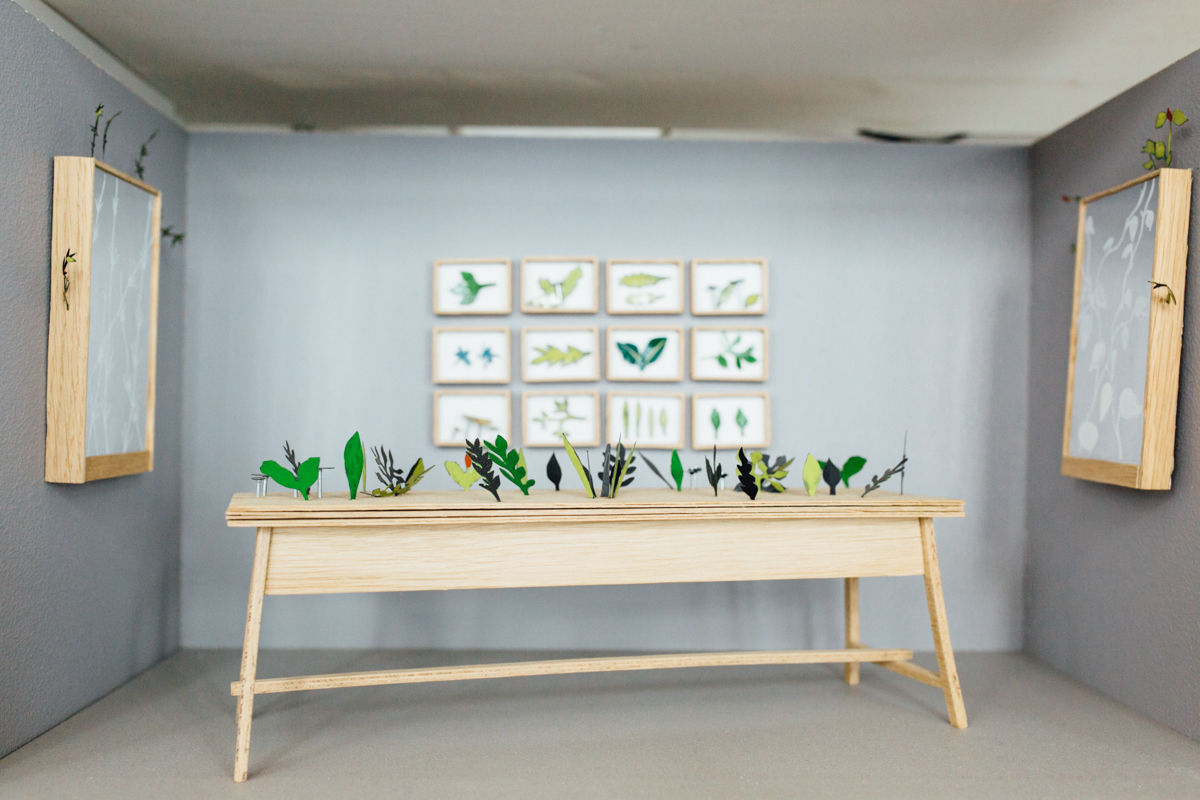 Ephemerā is the title of their latest project. The kinetic installation, commissioned by a champagne brand, consists of a large table with floral elements in light-coloured spring steel sticking out. When someone approaches the table, the leaves and insects retreat, just as if they go into hiding. When taking a few steps back, they re-emerge. There are also two mirrors playing the same game: They only show floral elements if viewers keep their distance, their respect.

“When you are in the forest and happen to see a deer, you intuitively pause because you know exactly: If I come any closer it will disappear,” says Thomas Traxler. He and Katharina Mischer started their design studio mischer’traxler in 2009. Ephemerā captures this moment of fleetingness, the melancholy that always comes with the passing of a beautiful moment. The installation also addresses the relationship between human life and nature, a topic they often deal with in their works. “We are fascinated by nature as a perfect system where everything happens for a reason.”

When Ephemerā was set up for Design Miami “we had security people and painters coming by, and everyone, not only people with an affinity for art, immediately had an emotional connection to it. That was one of the most beautiful moments for us. We realised that everyone can relate to this work.” It took a whole year and the support of carpenters, a water jet cutter, a laser cutter, a computer programmer, a burnishing company, a hauler and several small traders to realise the installation.

“Vienna was a conscious choice”

There is a swing in their studio in Sechshauserstraße, not far from one of the city’s main stations Westbahnhof. But today there’s no swinging, they say, because the risk of knocking over the container with dark blue acid on the shelf on the wall is just too big. At first it looks like an aquarium, but then you realise that it is something different: It’s an immersion bath for galvanising and only to be touched with the yellow plastic gloves hanging beneath it.

Experimenting is a common method at mischer’traxler, who always think contextual and conceptual. They also source and produce locally, sometimes “even within a 5km radius. You can’t complain about companies relocating or shutting down but not find ways to cooperate with them yourself. We depend on craftsmen, we need their knowledge and if we don’t make use of it it will disappear,” says Thomas.

Katharina and Thomas like Vienna, appreciate the city’s many small shops, companies and factories. Yes, the design scene is rather small, compared to England or Holland where they also studied, but, as Katharina puts it, “there is this innovative, optimistic atmosphere in Vienna. Everything is just about to form and it’s much more exciting to be part of this process than having to integrate into rigid existing structures.” 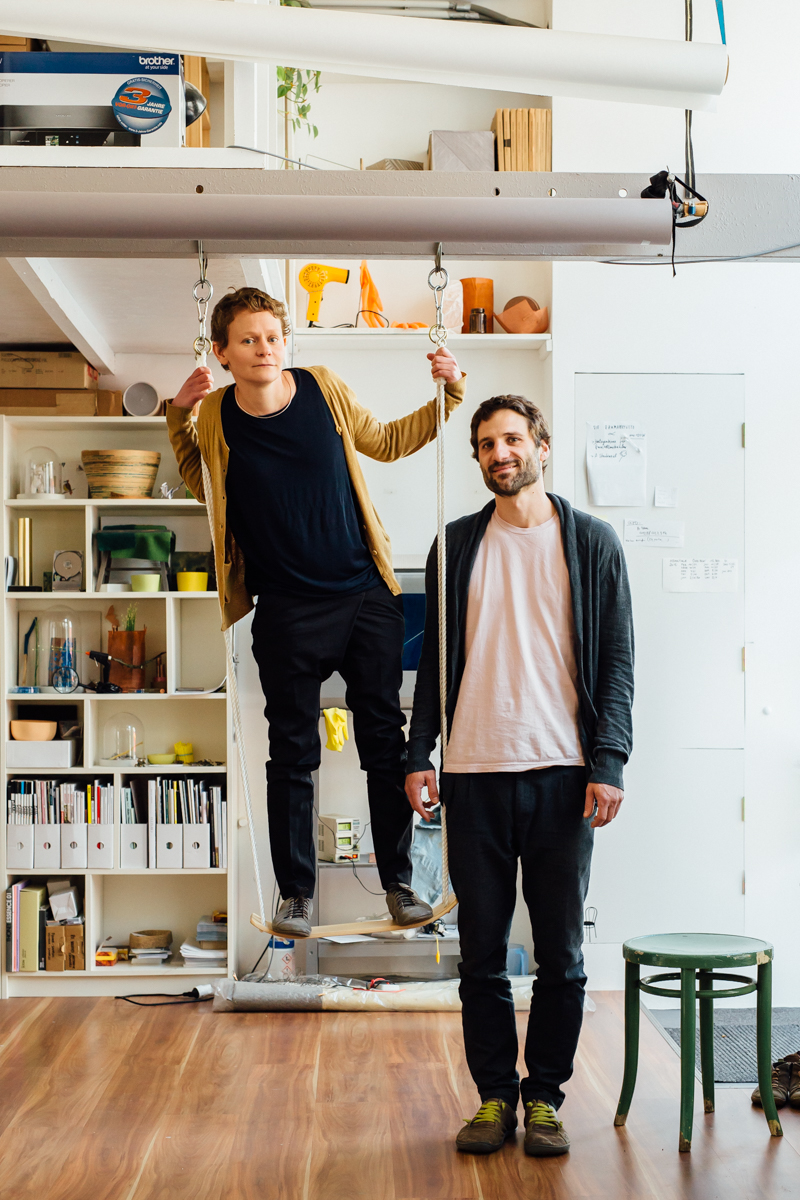 The utopia of sustainability

Of course the two also think of sustainability in their work, but never as an end in itself. Although everybody is talking about sustainability today, it is a concept that’s hard to grasp, says Thomas, “This total sustainability is just something you can never achieve, it’s utopic. There are so many aspects to sustainability, socially, with materials and so on.” And Katharina adds, “There really are only very few projects that can be considered almost sustainable.”

Recycling is something more concrete, something they will very likely deal with sooner or later, but not in the forefront, they say. Do they re-use things? “We often use pre-existing things, for example for our Relumine lamps, but it’s not our main goal. That would also be rather pointless because what’s 60 lamps on a global level?” explains Thomas but agrees that on the other hand it could be a means to reach people on an other level, by provoking thoughts, raising awareness.

That’s what many of the couple’s creations do, anyway. They question things, inspire thoughts, surprise. These aspects are important, say Katharina and Thomas, along with functionality – and, of course, an aesthetic value of things. “You can have the most profound concept, the strongest message, but if the project is not interesting aesthetically, no one will even care about it.” 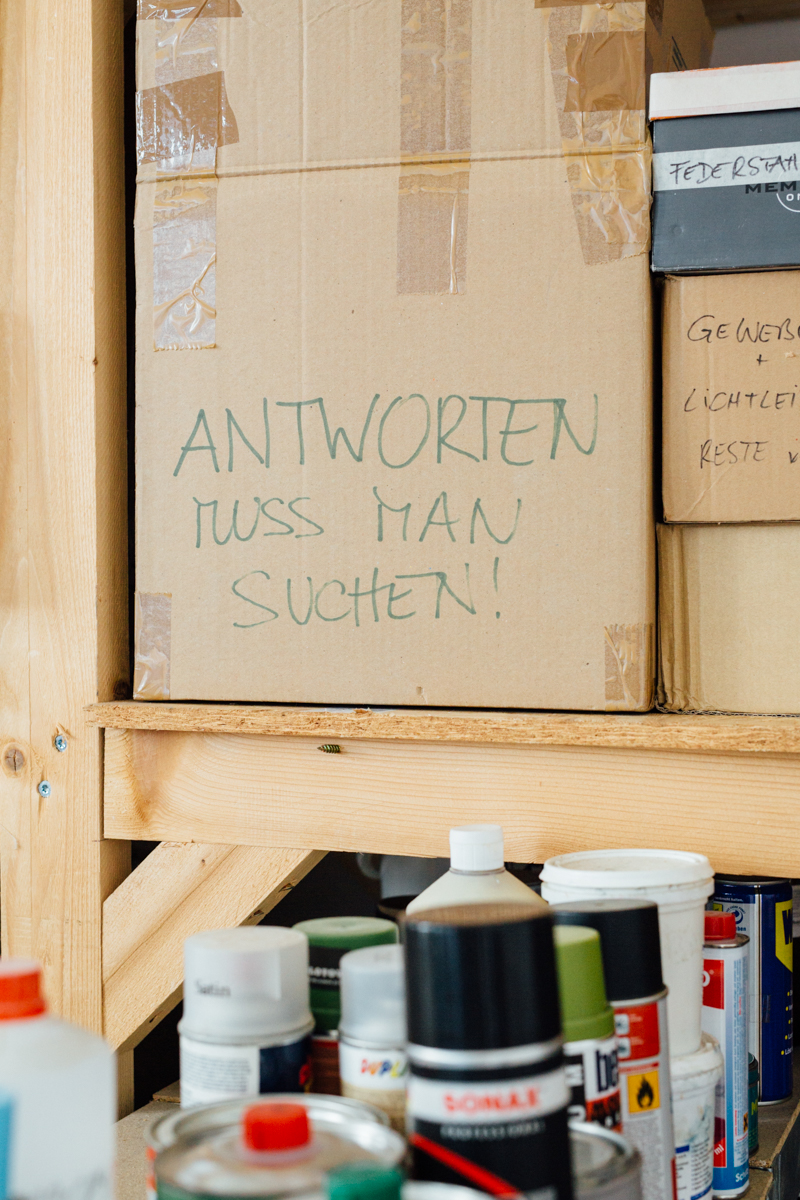 Who are you in this world?

The design world loves mischer’traxler and has awarded them with several prizes and awards. Most recently they took home the Young Talent Award from the BE OPEN Foundation who sees itself as an “incubator for emerging designers.”

mischer’traxler creations were displayed in the Design Museum in London, the Cafa Art Museum Beijing and the Boijmans van Boiningen Museum in Rotterdam; some are in the permanent collections of the Art Institute of Chicago and the MAK in Vienna. The duo give lectures at the Istituto Europeo di Design in Madrid, do workshops and talks in France, the United States and wherever they are invited.

What do they tell their students? “We try to help them find out what they are really interested in, who they are in this world, so they can go out and create projects that are in line with what they truly are. We want them to find their strengths, see if the path they are on is the one they really want to take. That’s how working works best, it yields the most authentic and strongest results,” says Katharina and admits that she is probably also talking about herself. She, too, strives to be honest with herself, to not try to emulate some idol that can never be equalled.

How do mischer’traxler see the future of design?
“To us, design is a mediator between various players. When making something for a museum, for example, we stand between the institution and the visitor. It would be really exciting to better understand, to expand and improve this mediating role and to work with scientists, engineers and so own. Designers have the ability to break the often complicated scientific language down for the general public,” says Katharina, and Thomas adds, “Or to translate this language and show what is actually possible.”

The two often complete each other’s sentences, as is often attributed to people who have been married for a long time. Their ideas stem from such conversations, new thoughts emerge, the process is flowing, vibrant, lively. Maybe that’s why it does not always result in an object, a tangible thing. Sometimes it turns into a system, a process or a tool. “It doesn’t always have to a table, a vase or a chair,” concludes Katharina. The common trait of all their works, be they systems, lamps or installations, is very clear. There’s heart in them and passion and commitment, bringing them to life, and there’s this great love for detail. If mischer’traxler’s creations were words…they would be poems. 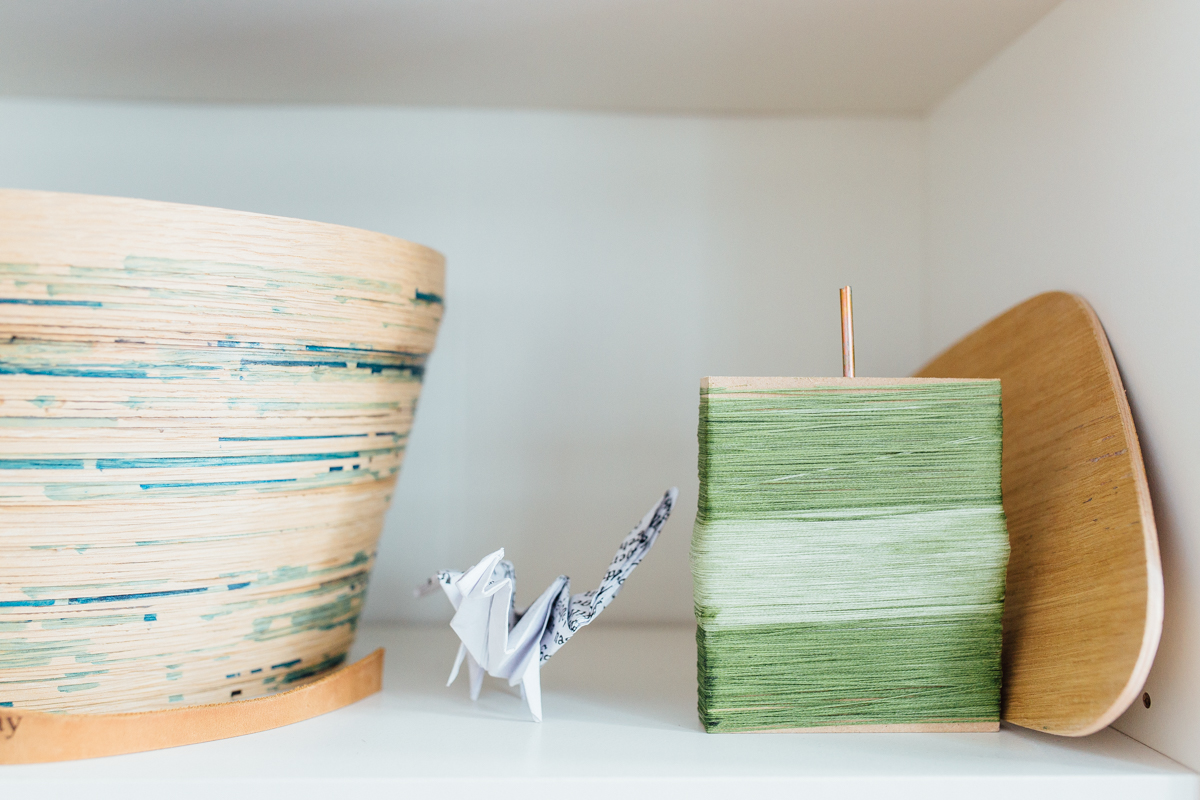