The innovator from the backwoods

The innovator from the backwoods

There are not too many success stories of Austrian origin in the international startup scene. One of them, however, is the biography of Michael Breidenbrücker. Born and raised in the Bregenzerwald, a woody, mountainous region in Austria’s very west, he co-founded last.fm and developed apps with star director Christopher Nolan. And up his sleeve there’s even more potential for success.

Michael, tell us more about your neck of the woods.

„When I was young, I thought we lived at the very end of nowhere. I felt like everything that mattered was happening elsewhere. It was all too clear that I needed to get out of here. But that feeling changed later when I was living in London. London is great, London is an awesome place to be. But when I told people there that I was out in nature all weekend when I got home they couldn’t believe it. What we have here is pure luxury.”

At first, Michael Breidenbrücker’s career does not seem very characteristic for a guy from the Bregenzerwald. This region in Austria’s westernmost province, home to 30,000 people, is widely considered to be very traditional; agriculture, woodworking and, of course, tourism, are the main lines of business. Breidenbrücker, however, is one of the most commonly known faces in the startup scene, his reputation reaching far beyond the mountainous horizon of his native country. He fluently combines the region’s characteristic dialect with English terms, especially when he talks about job-related things. In 2002, Breidenbrücker and some friends founded internet radio site last.fm – an online music database that creates personalised playlists for its users, recommends new music and connects people with similar tastes in music – paving the way for Spotify and the like. 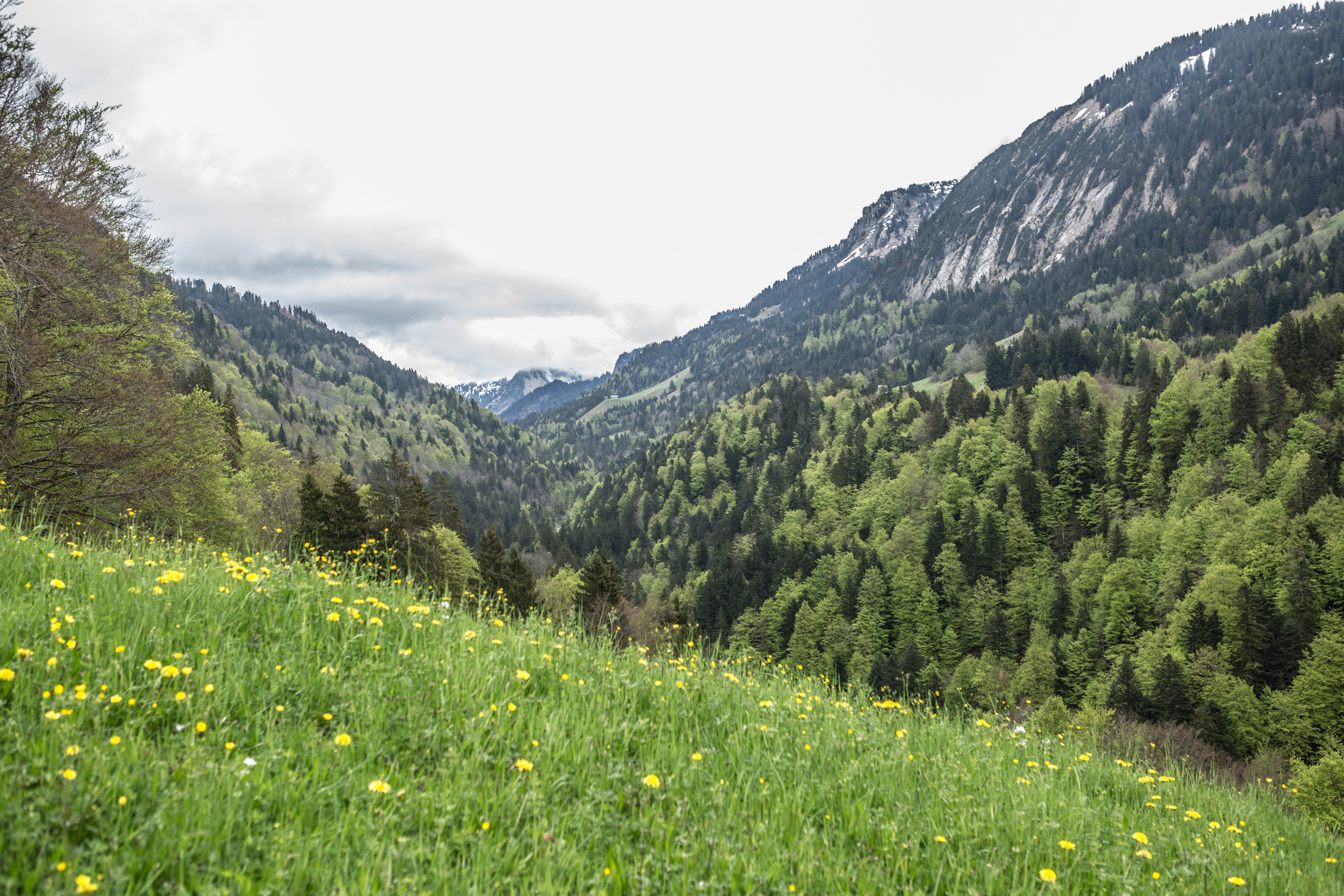 What does it take to be successful in the startup industry?

„I went to a college for electronics and telecommunications. During an internship in Sweden I thought to myself: We mostly use technology for useful things, but why not make useless stuff with it, maybe art!? So I ended up at the University of Applied Arts Vienna and finally, through a semester abroad, in London. But I don’t think that it’s about academic education. What you need are people who are passionate about a particular thing and willing to work for it. Digital media are our generation’s tool for designing our environment. It’s not an easy path for sure, but a good one for those who are up for it.”

Later, Breidenbrücker founded RJDJ, an app creating music based on sounds from the user’s surroundings. This concept formed the basis of other apps, including one accompanying the movie “Inception”. This app, developed in cooperation with star director Christopher Nolan and composer Hans Zimmer, has been downloaded millions of times in the first few days. Today, Breidenbrücker is back in the Bregenzerwald. He is a member of Speedinvest, Austria’s biggest venture capital fund. Speedinvest aims to support good ideas with money, know-how and operational experience – all things that can be hard to find for young enterprises in Austria.

Innovation is one of the topics at the EXPO in Milan. How innovative are Austrian startups?

“There are very interesting things happening, especially in Vienna and in and around Linz, but also in Graz. The scene is thriving, also because we generally do have good conditions in our country. Steve Jobs once said that it’s the humanities that inspire him. In this regard, the cultural heritage in Europe and Austria is of immense value. Just look at the many different cultures and influences you can experience in such a small space. Or look at our federal state, Vorarlberg: You will find a sense of scientific curiosity combined with a hands-on mentality in many people, and a lot is going on in the field of technology, especially in the Rheintal region. But we still lack some kind of ecosystem for startups. This is one of the goals of Speedinvest: If we provide our know-how and some capital, Austria could foster some really relevant products – and even companies that could turn into global players.”

His current project is called “SpeedStartStudio.” Founded in cooperation with Christoph Beckle and Nicholas Schweizer in Dornbirn, Vorarlberg, the company offers support to local companies who want to enter the digital world. According to Breidenbrücker, there is a lot of potential in currently non-technological companies; soon, he says, they will be affected by digitalisation because of new channels of distribution. This is where “SpeedStartStudio” comes in: Their knowledge of the digital world, combined with the know-how of offline companies, should help these companies to stay competitive even against big players like Amazon. And this is the plan: In cooperation with selected partners, 15 companies will be created over the next two years; five of them will live on as independent companies, five will be sold, and five will fail. 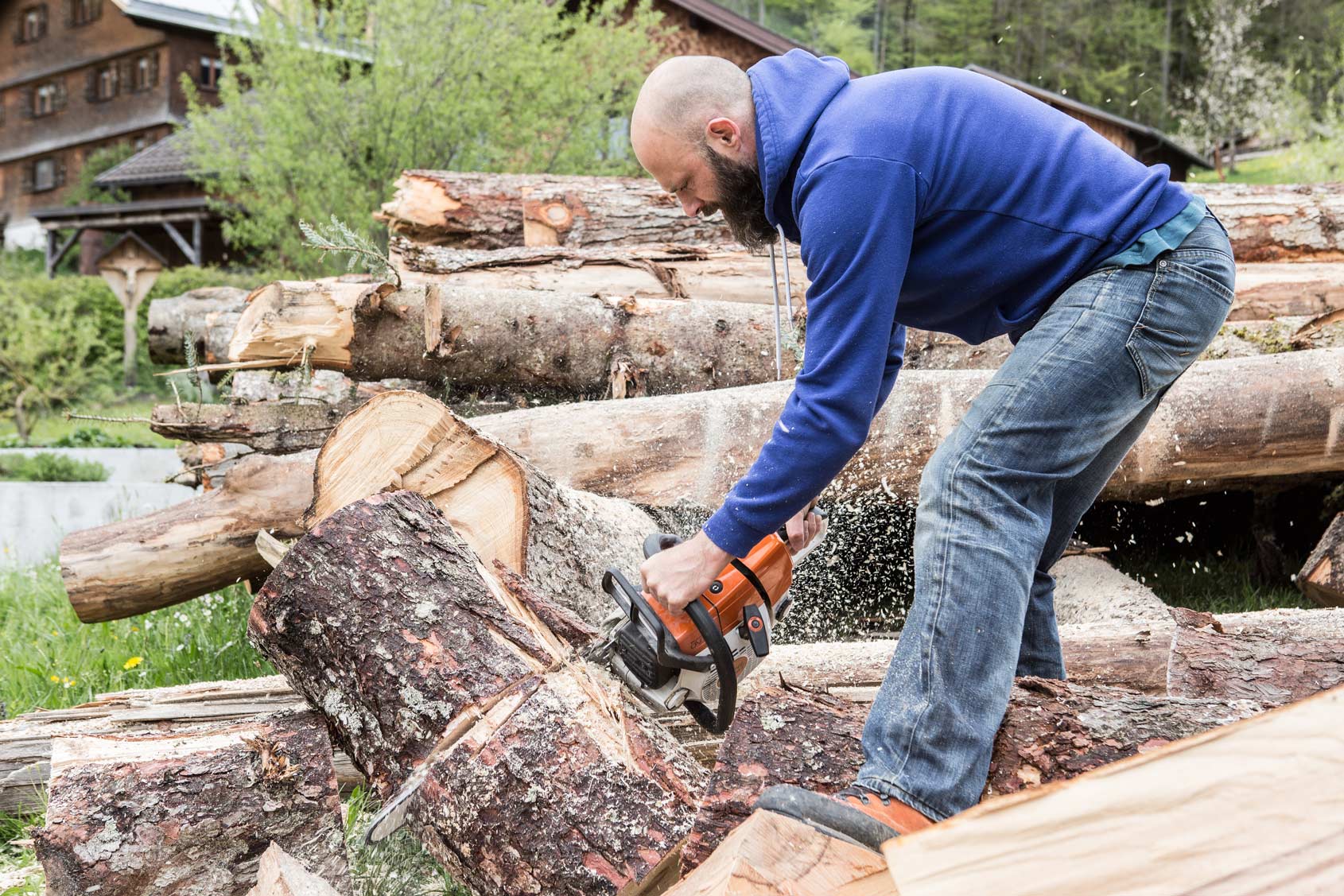 You expect one third of companies to not work out. Failing seems to be part of the game?

“Startups do have an incredibly high failure rate. People around here say: This guy founded a company and it went belly-up. And it’s seen as something negative. But the only relevant question is: When did it go belly-up? When something isn’t working it’s better to find out sooner than later! You draw up a concept and start working. If it doesn’t work out, you drop it and do something else. We still lack this mindset around here. When a super successful entrepreneur tells me he or she never made a mistake in his life that just makes me laugh. Even the guys from Twitter started stuff after Twitter that failed completely!”

In recent years, Breidenbrücker commuted between Vorarlberg and London and came to enjoy both places in all their contrariness. Still it was always clear that he would return to the Bregenzerwald sooner or later. His house is in Bizau, a village of 370 households and just over 1,000 people, which is small even for local standards. That feeling of living “at the end of nowhere”, however, has changed.

When talking about startups, we mostly think of the Silicon Valley, London or, for the German-speaking countries, Berlin. Could a region like the Bregenzerwald still be interesting for young people from the startup scene?

“It’s immensely beautiful here, we have known that for a long time. But it’s not just that, there’s so much more around here than you would expect. The region has made a name for itself in the fields of craftsmanship, architecture and design already. Everything is moving closer together. If we can create such a nourishing ecosystem around here and work from here – killer!”