Everyone may call themselves a freerider

Everyone may call themselves a freerider

“Why can’t you just ski like everyone else?” asks Mr Winkler when he sees his son Martin on film. Well, he could – yet rarely does. He just can’t help it, he is – as his granny puts it – an “offroad skier” at heart. And his father has only himself to blame, for he was the one who taught his son how to ski.

Martin Winkler, also known as “McFly” is one of the most popular faces in the freeriding scene. He was among the world’s the top riders for many years; today, he is a film producer, singer and judge on the Freeride World Tour. On a day of skiing he shares his experiences, tells about his everlasting respect for nature and why everyone thinks freeriders are so cool. 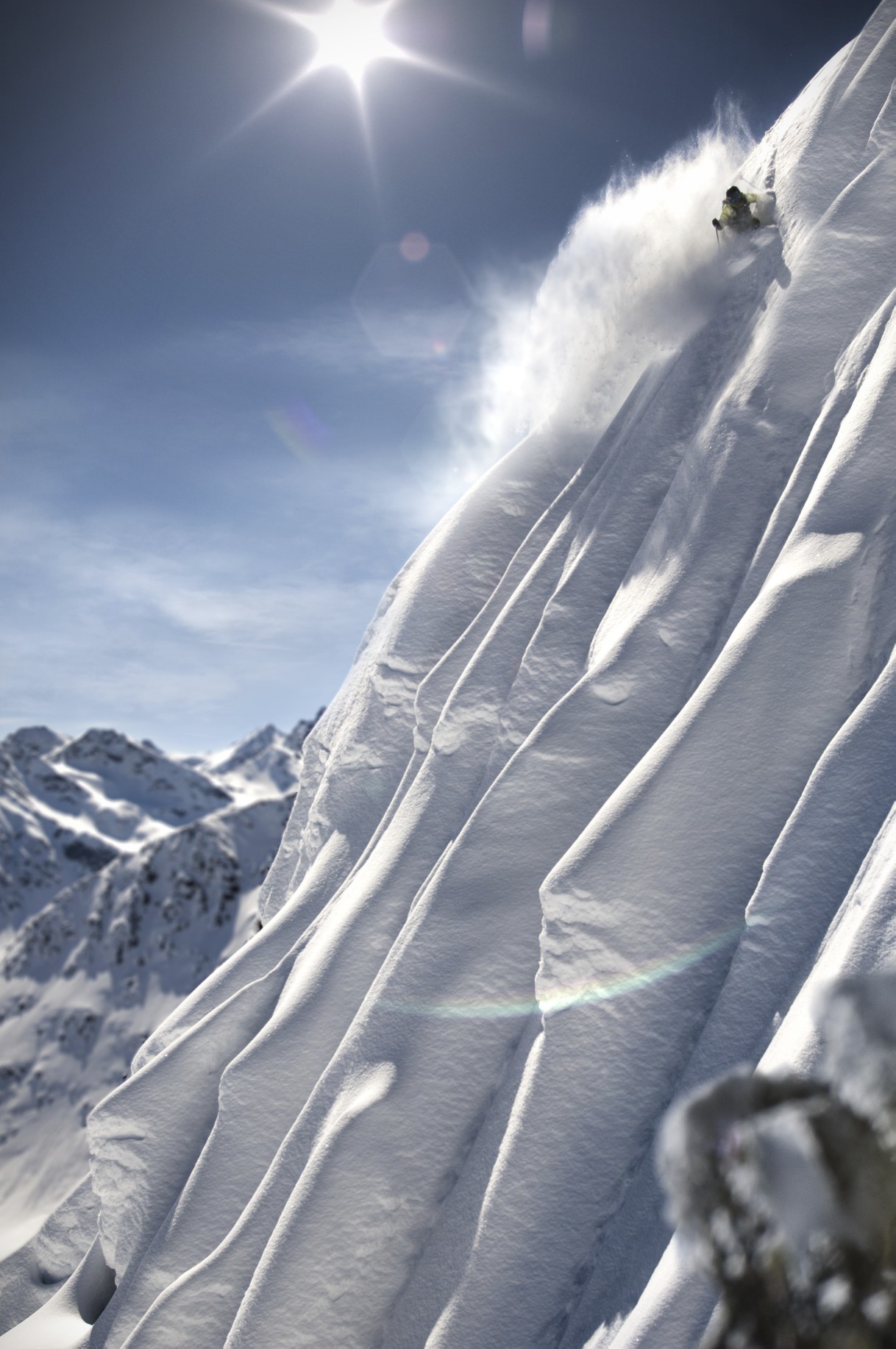 07:00 A.M.: Preparing for a day of skiing (or: A dad’s worries)
My dad took me off-piste at an early age, but he never allowed me to try the big jumps. Once he shouted out to me to stop ahead of an edge but I didn’t hear him. I flew several metres – and landed as if nothing special had happened. He wanted to tell me off but couldn’t help but laugh. Somehow he was proud that I had that in me. 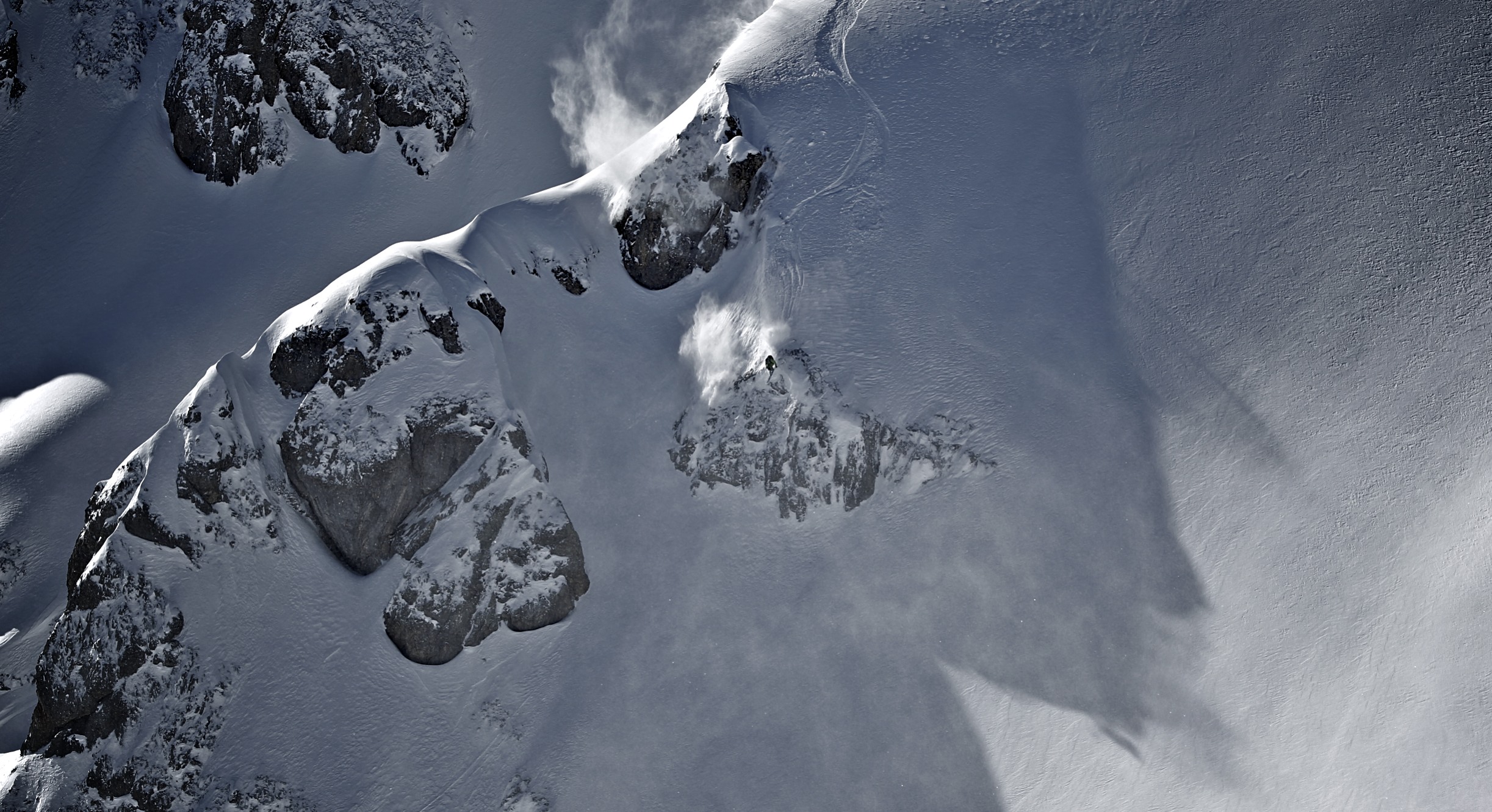 08:30 A.M.: Strapping on skis (or: The discovery of a passion)
While I was in business school I also trained to become a certified ski instructor. After being on skis for four or five months in a row and still loving it I realized that obviously there was something more to it for me. Sure I didn’t make any progress in my regular studies but I had the chance to try a thousand other things, many of which are now part of my job.

08:35 A.M.: Up on the mountain (or: Freeriders are no lone fighters)
Freeriders have to figure out and organise everything they need for themselves, there’s no organisation behind it. This leads to a nice team spirit amongst riders, it’s more “we’re in this together” than “we’re competing against each other.” Of course there’s also competition but that’s more about impressing the others or demonstrating how good a rider you are.

08:40: Warm-up (or: Freeriders are professional athletes, too)
Top freeriders have the bodies and minds of human machines known from other athletic disciplines. But there’s a difference in the way we train: We go surfing, diving or work out on the beach. That’s why we have this reputation of being very relaxed and easy-going.

08:40 A.M.: Downhill view (or: That feeling)
It always sounds so clichéd but it’s a feeling of freedom. And the most beautiful thing is that everyone who’s into that may call themselves a freerider. Whether you’re a professional or an amateur doesn’t change anything about that feeling.

08:41 A.M.: The first ride (or: Beautiful is beautiful)
All you need is skis and a snowy hill and then you can do stuff and achieve speeds…well, there’s nothing closer to flying. And even after completing countless rides the feeling stays the same. It just doesn’t wear off.

12:00 noon: Take a break, enjoy nature (or: City life vs. country life)
I like cities – culture, the people, all the opportunities they offer. But I would miss those places out in nature where I can retreat and just breathe. I need that frequently, that’s why I couldn’t live in a big city permanently. 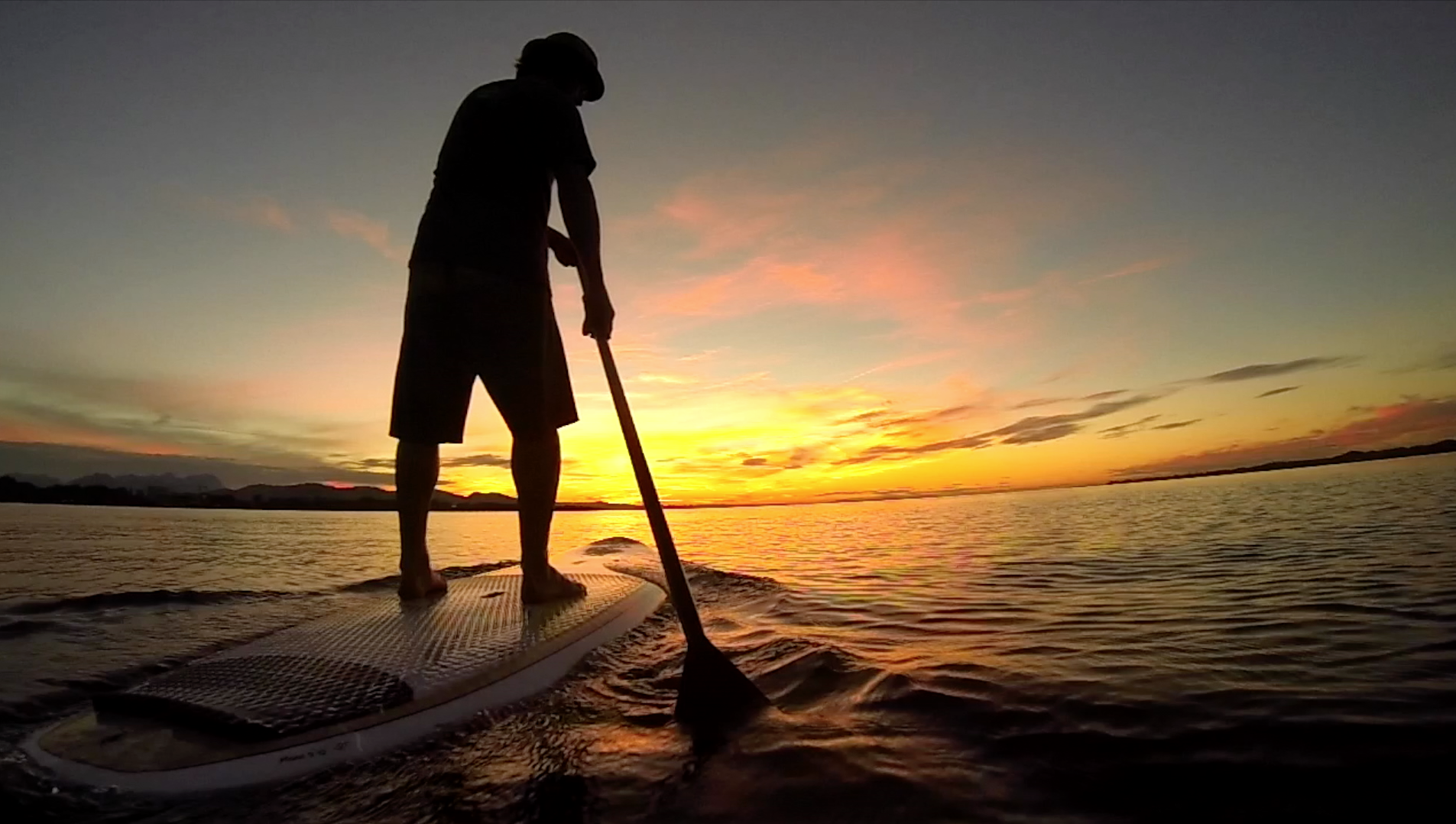 01:00 P.M.: Time for a ride on the limit (or: Respecting nature)
I always ride knowing that something could happen at any point. This doesn’t mean that I am courting disaster but I know how to react if something happens. You’re constantly aware of all possible consequences of your actions when you’re freeriding. 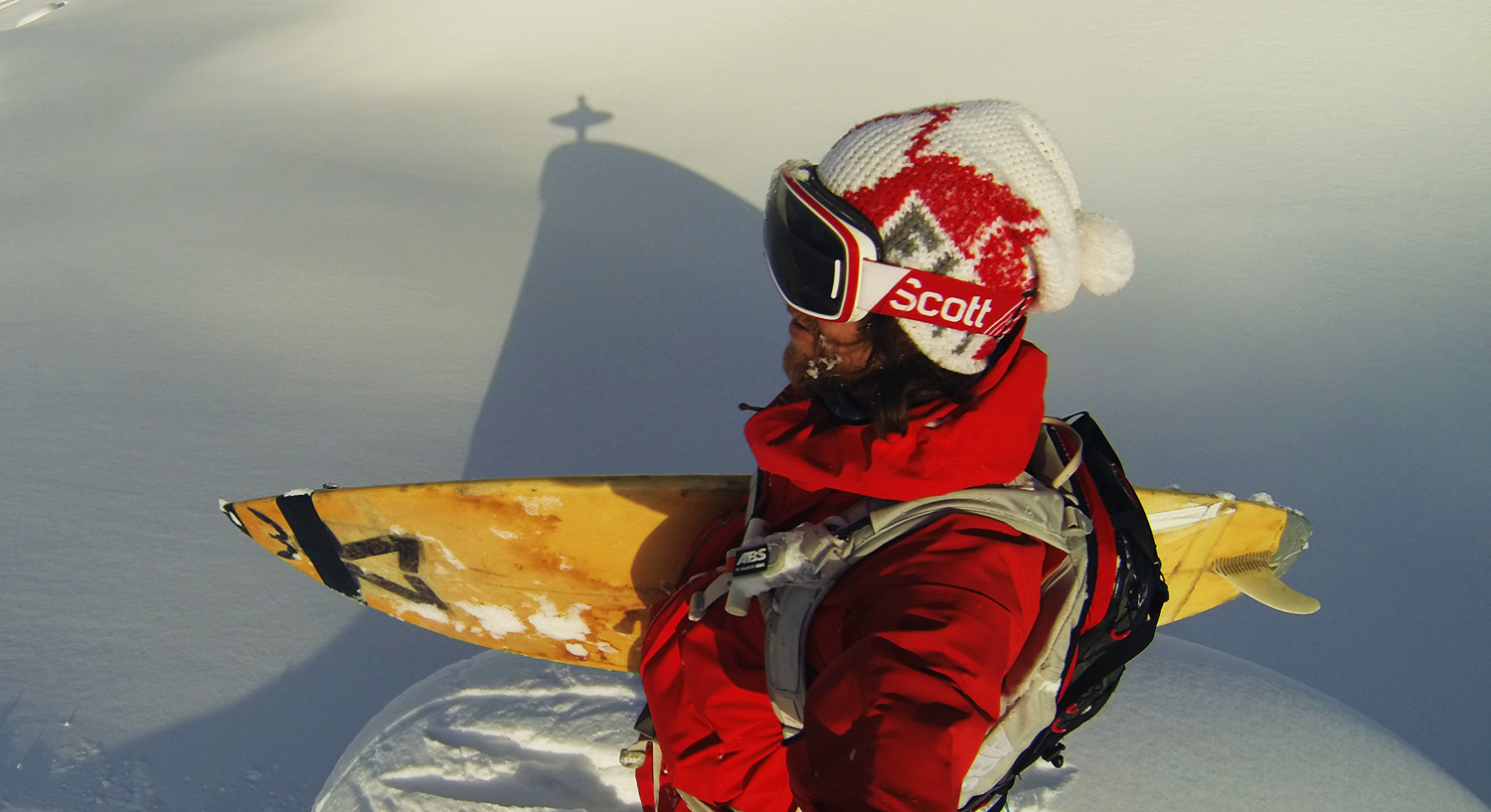 02:00 P.M.: Bad vision (or: The lack of public perception)
The beautiful thing is: No one ever told me what to do. On the other hand, it would be much easier to realize own ideas if there was a greater public focus on freeriding. Also, the beauty of our country would actually be much more visible (and televisable) through our sport than in the broadcasting of traditional downhill races. 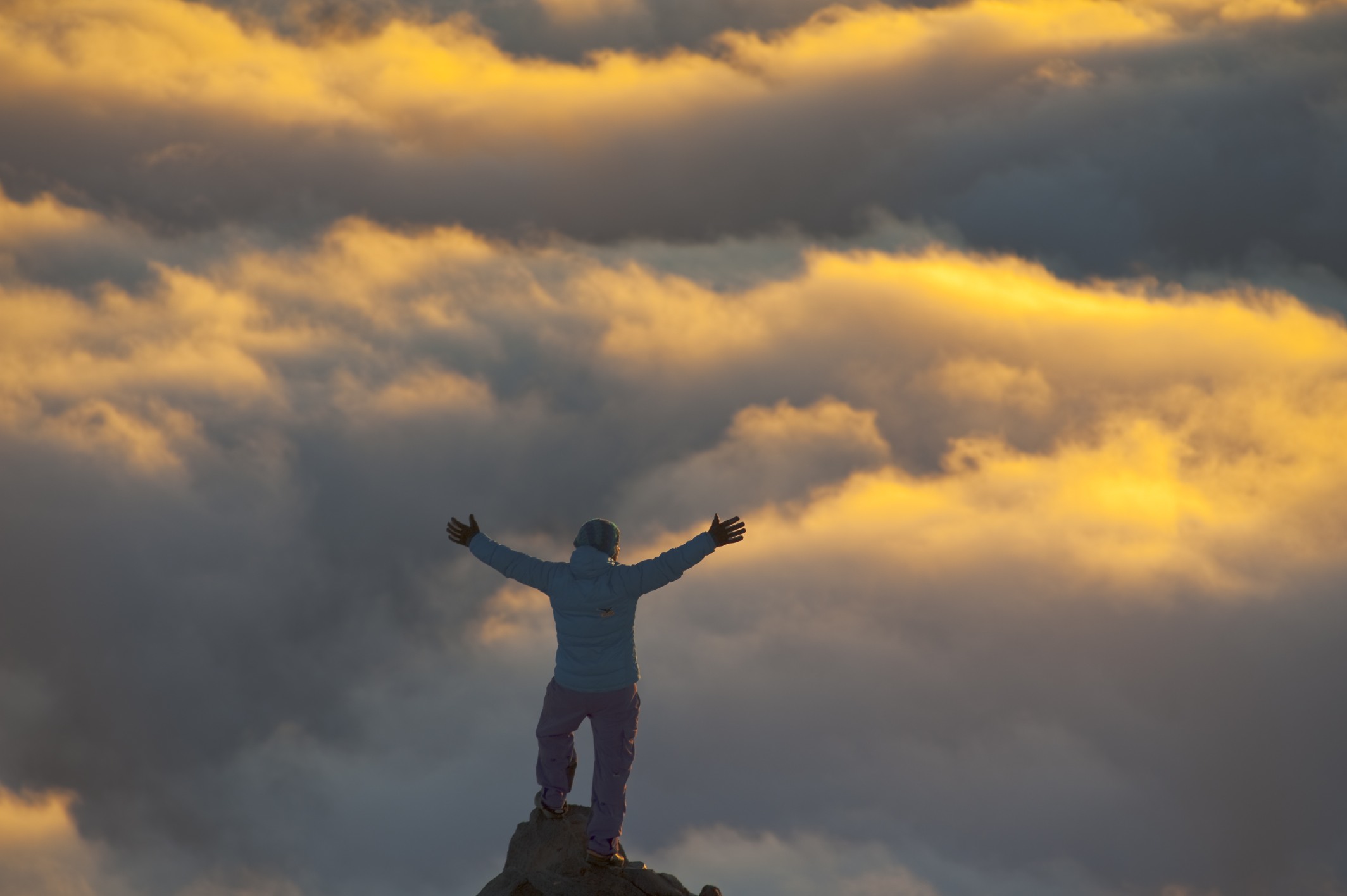 04:15 P.M.: Après Ski (or: Ski movies are not about boasting)
There are seven people working in our company today. Our core business is filming, but we are no longer limited to ski films, although our network in the freeriding scene has helped us a lot in the beginning. What I realized about ski videos though is that it’s no longer about faster, higher, further. Performance will always be important, sure, but it’s more and more about the characters: How do they get to perform like that, what’s behind all this?

05:00 P.M.: One last glance at the mountains (or: The diversity of “home”)
I have travelled a lot, seen much, and there were many highlights on these journeys. What is so special about Austria though is the immense variety of its landscapes, say in the Bregenzerwald, the valleys of Tyrol or the region around Mount Großglockner. The diversity is just incredible.